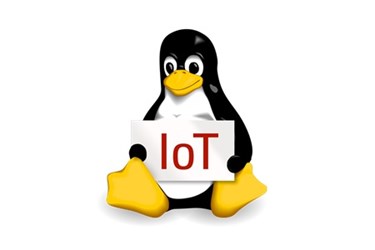 Las Vegas, NV (PRWEB) - Accelerated is excited to announce the availability of its Embedded Linux Distribution for the Internet of Things (IoT). With the unprecedented growth of the IoT and reliance on a new generation of connected devices pushing organizations to use even more data, businesses need to be prepared today for the connectivity and security challenges of tomorrow. Linux is in a prime position to be leveraged to overcome those challenges and shorten time to market.

Accelerated has built their core technology by leveraging Linux and as such Accelerated has become a top 10 corporate contributor to the Linux kernel. Accelerated is committed to continual investment in Linux and is paying it forward by providing a consolidated embedded distribution and relevant tool-chains in one simple location – the Accelerated Development Kit.

“Accelerated is a long time contributor to the open source community” David said. “We have ongoing work in Linux kernel development and kernel patches, and extensive work in a wide range of applications especially in the security arena. The company is committed to its ongoing support of opensource and we frequently conduct code reviews.”

One such review was the integration of IPsec for which Accelerated has contributed many patches over the years to Openswan and FreeS/WAN. In recent months numerous additional IPsec solutions were investigated, trialed and compared. “Throughout our evaluation it became increasingly apparent that it was only a two horse race.” said David. “Libreswan was the early favorite but the universal deployment requirement and some of strongSwan's dynamic deployment options finally tipped the scale in favor of strongSwan.”

Even with the decision made to support strongSwan, with continual changes to the open source platform, the race is never over. To provide the flexibility for rapid changes to suit customer requirements, Accelerated Engineering remains committed to maintaining the support it developed for Libreswan as part of this evaluation in parallel to the strongSwan support.

Accelerated recently announced the availability of its WWAN connectivity and failover cellular extender (6300-CX) and Out of Band (OOB) remote manager with wireless failover (5400-RM) that leverage the Accelerated Development Kit.

About Accelerated™
Accelerated is an innovator in global cellular, cloud and network communications, and offers industry-leading hardware and software solutions that expand primary and backup data connectivity and management capabilities. Since the creation of its flagship product NetBridge in 2006, Accelerated continues to innovate its line of cellular hardware, network management software and Virtual Private Network (VPN) technology. Accelerated offers a range of Machine to Machine (M2M) and Internet of Things (IoT) communication technologies including its Dial-to-IP™ Converter and custom OEM solutions, in addition to its the newest products the LTE Cellular Extender Model 6300-CX, a compact, high-performance wireless router/modem and the 5400-RM a Wireless Out of Band (OOB) Remote Manager with failover capabilities. All Accelerated products can be centrally managed using Accelerated View™ cloud-based network management software. Accelerated Concepts, Inc. is headquartered in Tampa, Florida, with offices in Chicago, Illinois and Brisbane, Australia. For more information, visit: Accelerated.com